Whose Story Will You Help Write?

“Without Boysville, the reality of it is, I would be in jail or dead.”
John “Daniel” Gee, Senior Chief Petty Officer, US Navy. (See Dan’s Story here)

There are a number of giving options to help you attain your goals as you consider your long-term financial priorities. Some estate gifts can provide you with additional income. Boysville can work with you and your advisers to help customize your gift to complement your circumstances so your support, be it large or small, can have the greatest possible impact.

If you have further questions regarding the planned giving process, contact us for planned giving.  To request a confidential discussion regarding planned giving, fill out the form here or contact Beth Green, Chief Development Officer at 210-659-1901 or send us a message 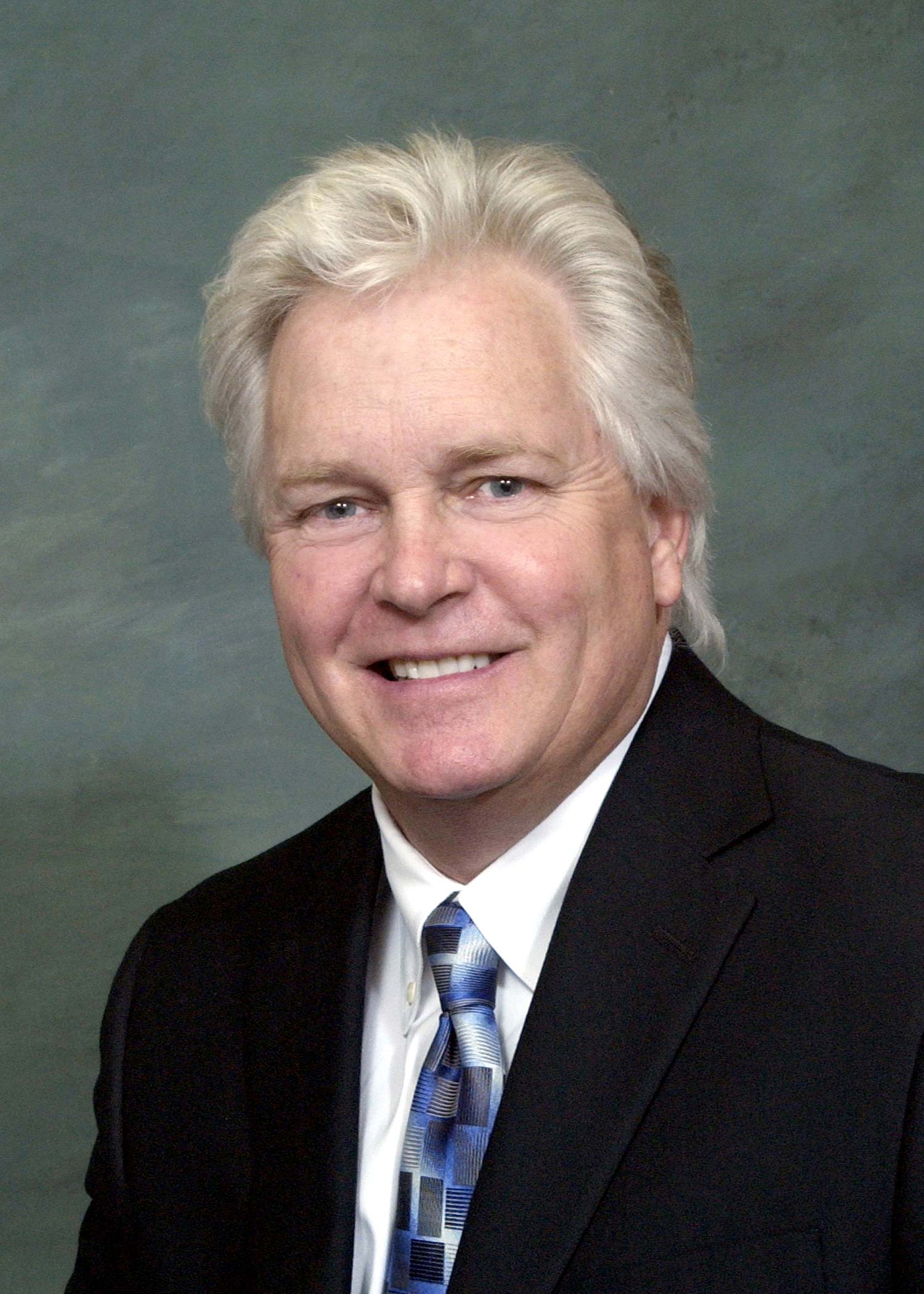 “I believe in Boysville. I believe in the work they do, and they are transformative in the lives of every child they serve. This is why I have included them in my personal estate planning. I am asking you to join me to give future generations of children in need a safe place to call home. A place where children can experience what “family” means, establish their roots and know they will always have a support system. As a child grows, Boysville strengthens a child’s wings to lift them above their past life to a new, prosperous future. ”

Let us know you are including Boysville in your estate planning. Fill out this form and email it to Beth Green.

Create a living legacy by including Boysville in your estate and financial planning. You can do the following ways:

These are gifts that you arrange now for Boysville to receive in the future. Examples include:

These are gifts that you make now and Boysville immediately puts the resources to work for its mission. Examples include:

These are gifts that provide you with a reliable source of income while supporting Boysville’s mission in the future. Examples include:

How Do My Planned Gifts Help Boysville

Boysville is committed to following the wishes of our donors in order to help their legacy live on through our mission.

By policy of Boysville’s Board of Directors, planned gifts to Boysville are placed into the Boysville Foundation, unless otherwise stated by the donor. The Foundation’s assets are managed conservatively to provide annual distributions to Boysville primarily to fund a portion of operating and capital expenses of Boysville’s programs, such as the Emergency Shelter, Residential Care, and Supervised Independent Living.

Some benefactors choose to designate their estate gifts for specific uses such as the following popular choices:

Thanks to the generosity of our benefactors, a majority of the resources in the Boysville Foundation (the “Foundation”) are a result of gifts through wills, trusts and other planned gifts.

The Foundation is a trust established by Boysville in 1960 for charitable and educational purposes of the Boysville’s children. The Foundation is a separate legal entity managed a Board of Trustees (“Foundation Trustees”) comprised of at least three past presidents of Boysville’s Board of Directors and community member. Each Foundation Trustee is elected by the Boysville Board of Directors to serve for a five-year term and receives no compensation or remuneration as an unpaid volunteer. Collectively, the Board of Trustees has over 100 years of experience with Boysville.

Boysville benefits from a strong Foundation due to prudent stewardship of the resources entrusted to our mission and adherence to sound investment practices.

The strength of our Foundation allows our programs to be based on what is best for children, not a dependence on government funding. The Foundation helps assure that your gift to Boysville will be viable for future generations of children who need a safe place to call home.

In 1943, one man decided to make a difference in the lives of homeless boys sleeping in Travis Park. From one act of kindness, Boysville was born. Today, we care for all children who are in need of a safe place to call home.

The Boysville Legacy Society honors the legacy of Reverend Don Holiman and all of our benefactors who designate Boysville as a beneficiary of their will, charitable trust or other planned gift. A planned gift ensures Boysville’s future while creating a lasting legacy for the donor. We want to express our gratitude to our supporters for believing in our children and our programs.

Let us know you are including Boysville in your planned giving. You will join other benefactors as members of the Boysville Legacy Society. As a member, you will receive the following:

See how others like you are making an impact on the lives of children through a planned gift to Boysville.

Creating a Legacy for Children

Darrel Van Kirk continues to enjoy life at it’s fullest. A retried, Master Gunnery Sergeant, Darrel also served in the Army, Navy and Air Force reserves from 1974-2009. His career is a diverse as his military service as he has served as a teacher, administrator, analyst and more. He speaks not one but three languages including German and Spanish [ READ MORE ].

Creating a Legacy for Children 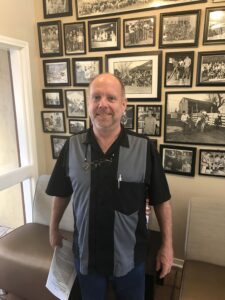 Darrel Van Kirk continues to enjoy life at it’s fullest. A retried, Master Gunnery Sergeant, Darrel alsoserved in the Army, Navy and Air Force reserves from 1974-2009. His career is a diverse as his military service as he has served as a teacher, administrator, analyst and more. He speaks not one but three languages including German and Spanish.

When Darrel arrived in San Antonio, he joined the San Antonio Kiwanis, one of San Antonio’s oldest and most charitable service clubs. It is also one of the first clubs to help Boysville begin back in the 1940s. Darrel was attracted to the mission of Boysville and joined the Board of Directors.

Even though Darrel is in excellent health, he wanted to follow his mother’s lead by making sure all funds and property were allocated appropriately.

As a single person, with no dependents, Darrel knew that he wanted create a legacy to help those who need it most and he feels that Boysville will be the best stewards of his gift.

“Boysville has always done a good job caring for children,” said Darrel. “It is fiscally responsible and stays true to its mission.”

Being A Part of the Bigger Picture

While serving as a United Way Loaned Executive in the fall of 2005, I was fortunate to tour dozens of the agencies who are supported by the United Way. Out of all those wonderful agencies, Boysville stood out the most. The former Boysville CFO, Ed Baxter, gave an impactful campus tour. I recall that the walls in the admin building were covered with pictures of Boysville’s children, just like you’d see at any family’s home — children playing at playgrounds, eating at cookouts, playing sports at athletic events, wearing cheerleader uniforms, and celebrating holidays. A year later, I joined the Board and have been involved ever since. [ READ MORE ]. 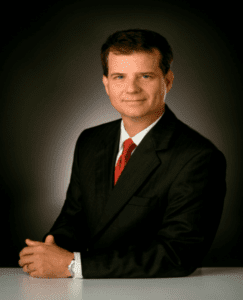 How did you get involved with Boysville?

While serving as a United Way Loaned Executive in the fall of 2005, I was fortunate to tour dozens of the agencies who are supported by the United Way. Out of all those wonderful agencies, Boysville stood out the most. The former Boysville CFO, Ed Baxter, gave an impactful campus tour. I recall that the walls in the admin building were covered with pictures of Boysville’s children, just like you’d see at any family’s home — children playing at playgrounds, eating at cookouts, playing sports at athletic events, wearing cheerleader uniforms, and celebrating holidays.

In one of the rooms, a beautiful shadow box of military medals hung on the wall. Mr. Baxter explained that those medals belonged to Marine PFC Robert Griffin, who grew up at Boysville from 1955-1968. When “Bobby” was killed in action during the Vietnam Conflict in 1969, the Marine Corps sent his medals to Boysville because he listed Boysville as his family. At that moment, I realized two things: 1) Boysville truly is family to all of its children, and 2) I wanted to be part of the family to help these needy children. Around a year later, I was invited to join the Boysville Board of Directors, and I have loved helping ever since.

What has kept you involved for the past 15+ years?

There are several reasons that keep me volunteering for Boysville.

First is the mission. Boysville saves and changes the lives of children who need help. It is a privilege for me to volunteer for Boysville and to see the positive impact on children’s lives year after year. I am certain of the need for Boysville and the difference that Boysville makes.

Second is the culture. Family culture drives every decision on how to care for the children. The team at Boysville ensures this is always the top priority. Boysville also excels and is recognized as a leader in its field due to its high standards for care as demonstrated by its accreditation. It’s comforting to know I’m helping a top-notch organization.

The best part about Boysville is that, unlike other organizations that I support, I can drive to Boysville, see the campus and cottages, visit the children and staff, and know for certain the difference that I’m helping Boysville make in the lives of children.

Why did you include Boysville in your planned giving?

I wanted to do something bigger and longer-lasting than the annual donations and volunteering that I give to Boysville. As a board member, I have seen the positive effect when Boysville receives a gift that was generously planned by a donor decades ago. I know that my planned gift, when received by Boysville in the future, will be carefully managed by Boysville’s Foundation for the benefit of Boysville’s children. I also know that my support will help expand Boysville’s capacity to care for children. It was very easy to make a planned gift. I recommend to everyone reading this story: plan a gift to Boysville and then let Boysville know about it!

All discussions concerning your charitable giving are in the strictest confidence. Boysville does not sell or rent any of its information about donors to other charities or marketing firms.

Information related to estate planning, wills, trusts and other planned gifts are available to you, without obligation, to help you effectively guide you through the planned giving process. Boysville provides this information as a courtesy to our generous supporters. It is not intended to offer professional financial, accounting, legal or tax advice. Always consult with your financial or legal adviser before making decisions affecting your long-term financial or legal planning.  Any information you receive from this site should not be substituted for legal or financial advice.